41 The real story of St Nicholas (aka Santa Claus) 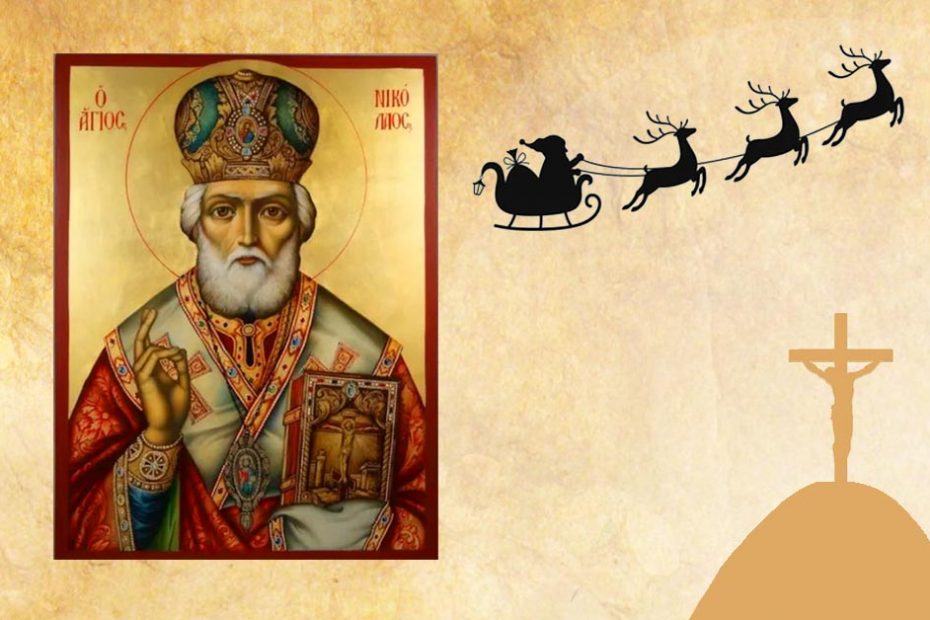 You’ve probably heard that Santa Claus was based upon St Nicholas – but how well do you know his story? In this special episode, discover the legend behind St Nicholas and allow his story to shed fresh light upon presents this Christmas.

“… wanting to remain hidden, bishop Nicholas instead climbs onto their roof, and throws the bag of money down the chimney into the fireplace. Some accounts say that the money, or at least a few coins, landed in the stockings being dried by the fireplace, from which the tradition of hanging Christmas stockings arises. Oh, and if you ever wondered about candy canes, they can also be linked to St Nicholas because they actually represent the Bishop’s crosier … that ceremonial shepherd’s crook that bishops carry. That and the fact St Nicholas / Santa wears red is a long tradition tracing back to the early church where Eastern bishops were adorned in red and white… “