35: Legendary Weapons and the humble Rosary 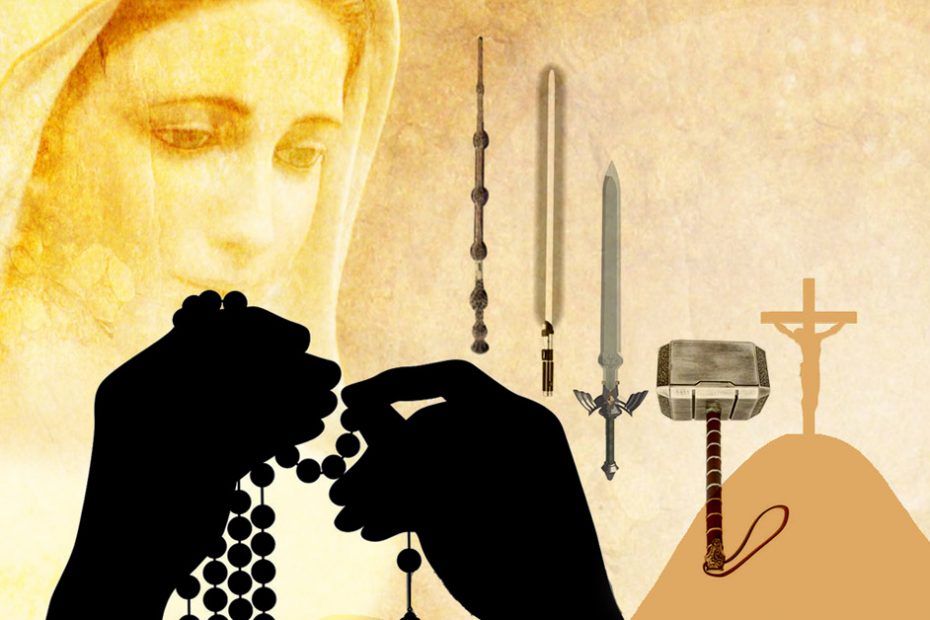 St Padre Pio called the rosary “the weapon of these times.” Discover how the legendary Excalibur, Lightsabre and the Elder Wand have nothing on the rosary. Discover this ancient weapon again, and with the intercession of Mary, defeat the Enemy in your life!

Excerpt from the episode

The Rosary and the Battle of Leponto: “fought in the year 1571 when a battle was waged on which hung not only the destiny of Europe, but also the destiny of Christian civilization. This was the battle of Lepanto in the Gulf of Corinth, when a small Christian flotilla faced the overwhelming odds of a huge Moslem fleet. Pope Pius V, who encouraged the entire Catholic world to say the Rosary, was, at the time of the battle, saying the Rosary with many of the faithful in the Basilica of Santa Maria Magiore at Rome. The prayer continued from dawn to dusk while the battle raged, and when it was over, the Mos­lems were overwhelmingly defeated. The Rosary had won a great military victory. The pope instituted the ‘Feast of the Holy Rosary’ in 1571 in thanksgiving for a great victory won “through the power of the Rosary.” His successor Pope Gregory XIII said that we must believe in faith that the public prayers and processions of members of the Confraternity of the Holy Rosary were largely responsible for the great victory at Lepanto…”

Intro to the Rosary: Bishop Barron on Word on Fire