22 The Glorious Death in the Lord of the Rings 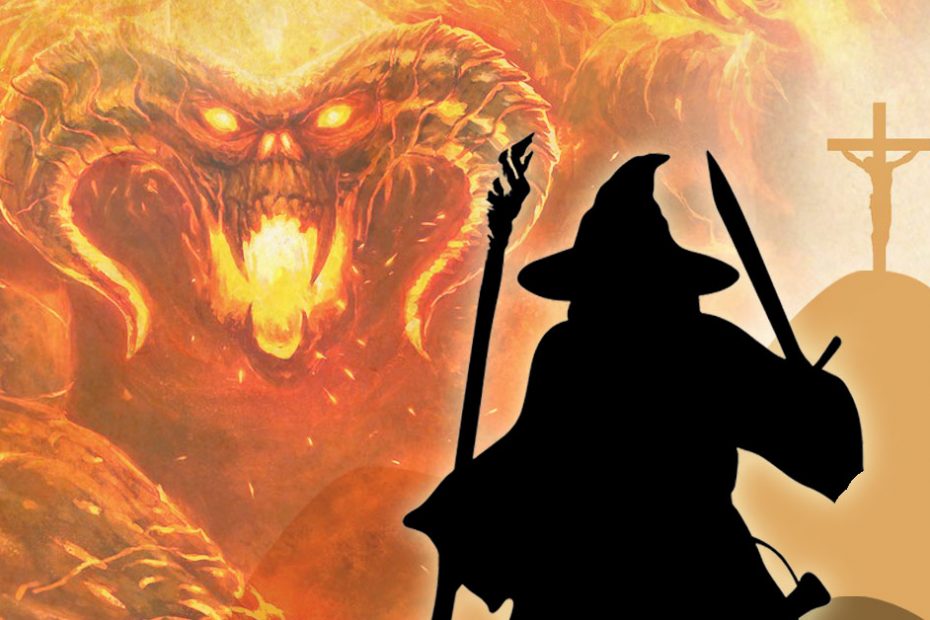 Blurb of this episode

How does death and resurrection form the heart of the LOTR? How can self sacrifice be so desirable? This episode, I interview British Tolkien expert Danny Cote Davis, who sheds light upon Tolkien’s vision of life and death through the Eucharist and Mother Mary!

Except from the episode

“…Danny and I then went on to discuss what he felt was the quintessentially Catholic theme in the Lord of the Rings. Here, the theme of the glorious death first arises, the idea that for a Christian, death is never the enemy, nor is it something even to avoid. Rather, the full embracing of death is the authentic hallmark of a Christian, whether that death means literal bodily death, or the death of self will, or a worldly way of living. Dan now breaks open how the three main characters in LOTR, Frodo, Gandalf and Aragorn, were willing to embrace the glorious death … and by doing so, embody the threefold offices of Christ as priest, prophet and king…”

Tags:The Lord of the Rings