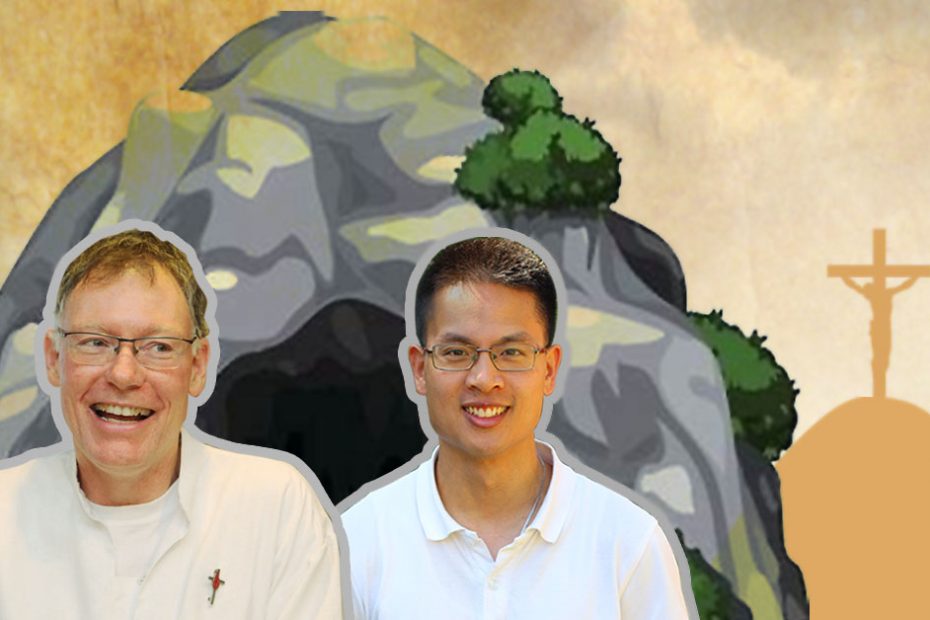 Blurb of this episode

Br Lawrence MGL and Fr Dave Tremble MGL have tag teamed once more to write The Lonely Little Cave, an original story written during and for the Easter Triduum. Enter into the story of the Little Cave, whose emptiness, loneliness and uselessness becomes the very means of encountering our Lord! May the story inspire you to enter deeper into the mystery and drama of Easter!

Details from this episode

Excerpt:
“There was once a lonely little cave in a hillside. The cave was unhappy because it always felt empty. Nearby, a majestic Gum Tree taunted it day and night saying “Look at my branches, they house many pretty birds. But you Cave, are a useless hole!” And so, the cave believed it was a useless hole. The presence of a nearby River also taunted the cave. She seemed to gloat “I am always moving and changing, and see how many fish swim in my waters! But you Cave, cannot change. Nobody wants to be with you!” And so the cave believed that it couldn’t change, and that nobody wanted to be with it…”

Music credits:
The beautiful dove’s song is actually a cover of Nayru’s theme from the Legend of Zelda, used with permission from their artists. Two versions were used: