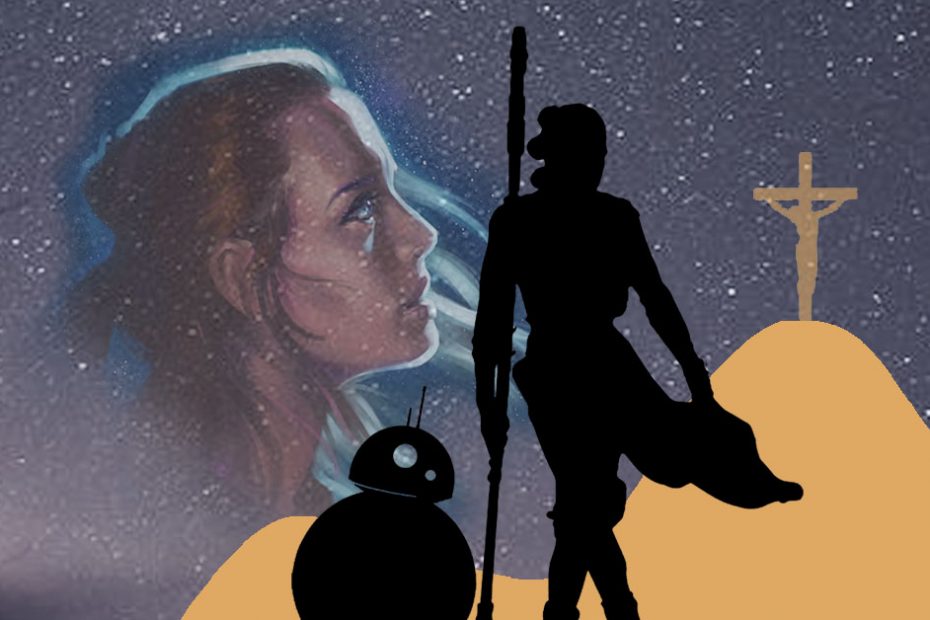 Being creatures of habit, when God calls there is often resistance! Allow the calling stories of Abraham, Jeremiah and Jesus shed new light on Rey Skywalker, as the Force calls her out of desert scavenging into Jedi deliverer.

Excerpt from the episode

“Biblical call narratives are fascinating to follow because they inspire and challenge us, to respond that way too! And if you ask me, one of the reasons why the Star Wars saga has been so popular for like four decades, is precisely because each of the three heroes from all three trilogies: Anakin, Luke and Rey Skywalker, all respond to a radical call from the Force. Today’s episode could well have been written for Anakin and Luke, but I’ve chosen Rey because there are some features of her call narrative which are particularly biblical…

… in terms of Rey’s narrative, I love the detail that her final destiny wasn’t defined by her Sith blood. One of the last things Luke said to her was “some things are stronger than blood”. Hence, Rey could choose to heed the call to Skywalker, and not to Palpatine. So it goes in the spiritual life. We are not defined by our past, or bound to our broken family’s legacy. Rather our true identity is in Christ, of the Spirit, who bestows an identity which is divine in origin. Like Rey on Jakku, we literally have no idea what our story could look like if we heed God’s call … but at the end of our lives, would you have it any other way?”