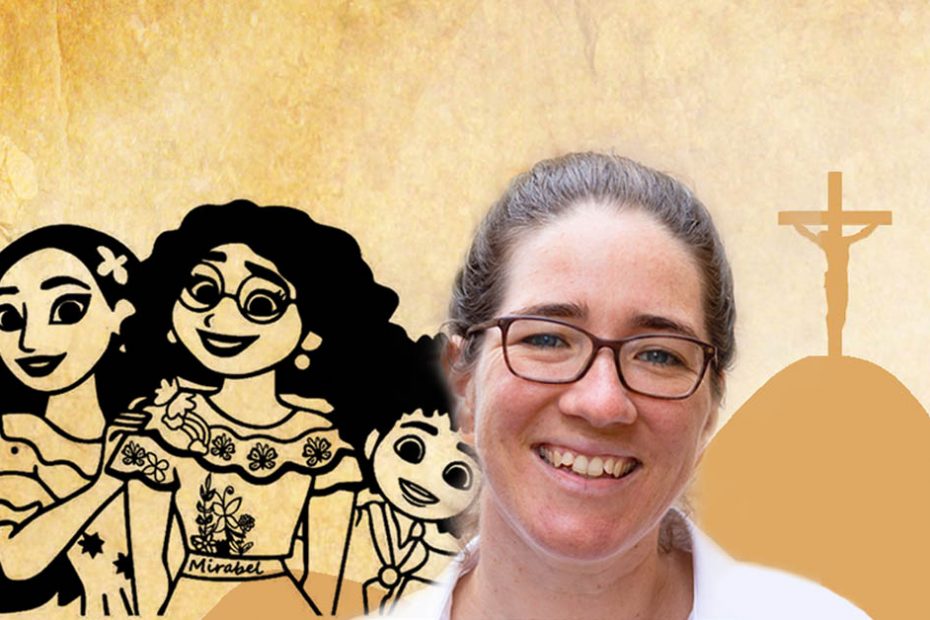 Disney’s Encanto is a spiritual banquet … hence, we SHOULD talk about Bruno! Join guest speaker Bernadette Toohey MGL and I, as we explore spiritual gifts, our dignity, the centrality of family and what makes truly Encanto prophetic for our times!

Excerpt from episode: “… one of our focus areas at the moment in MGL sisters particularly, is allowing people to really know and to move out really powerfully in the spiritual gifts in the gifts that were given through the Holy Spirit…

… Regarding Bruno, I was thinking a little bit back to the prophets like Jeremiah, and I guess the prophet Elijah, and even say, John the Baptist, they’re these kind of these weirdos that do strange things in Scripture, but they’re actually really anointed with the Word of God… they were, in some way, kind of silenced and kind of ostracised from their not only their biological families, but from the church family precisely because they had a particular spiritual gift that was at that time, it seemed threatening to the norm. A bit like Bruno being prophetic of the fragmentation of the casita… and in some ways, it’s like the Catholic church historically was like “Let’s not talk about Francis…”