14: How Aslan teaches Fear of the Lord 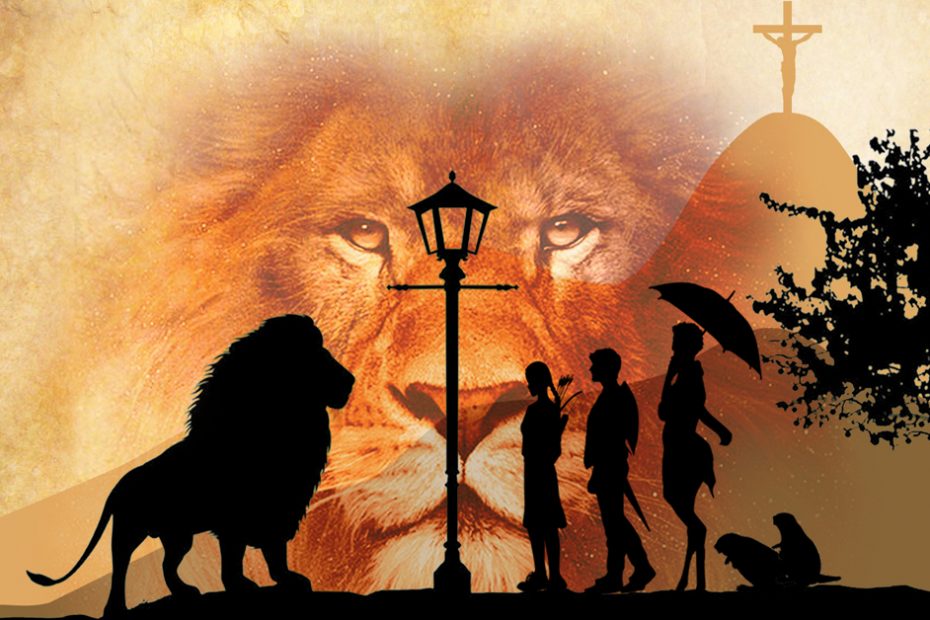 Blurb for “Aslan teaches Fear of the Lord”

Are fear and love compatible ways of knowing Jesus? Why is “The fear of the Lord the beginning of all wisdom” (Prov 9:10)?  Allow Narnia’s majestic Aslan, the king “who is not safe, but good” deepen your desire for holy fear! Let literature’s greatest Christ archetype lead you to encounter the living God!

The passage from “Prince Caspian” when Lucy meets Aslan

“…But for the movement of his tail he might have been a stone lion, but Lucy never thought of that. She never stopped to think whether he was a friendly lion or not. She rushed to him. She felt her heart would burst if she lost a moment. And the next thing she knew was that she was kissing him and putting her arms as far round his neck as she could and burying her face in the beautiful rich silkiness of his mane.

The great beast rolled over on his side so that Lucy fell, half sitting and half lying between his front paws. He bent forward and just touched her nose with his tongue. His warm breath came all round her. She gazed up into the large wise face.

“Aslan,” said Lucy, “you’re bigger.”
“That is because you are older, little one,” answered he.
“Not because you are?”
“I am not. But every year you grow, you will find me bigger.”
For a time she was so happy that she did not want to speak. But Aslan spoke.
“Lucy,” he said, “we must not lie here for long. You have work in hand, and much time has been lost to-day.”
“Yes, wasn’t it a shame?” said Lucy. “I saw you all right. They wouldn’t believe me. They’re all so——”

From somewhere deep inside Aslan’s body there came the faintest suggestion of a growl.
“I’m sorry,” said Lucy, who understood some of his moods. “I didn’t mean to start slanging the others. But it wasn’t my fault anyway, was it?”

The Lion looked straight into her eyes.

“Oh, Aslan,” said Lucy. “You don’t mean it was? How could I—I couldn’t have left the others and come up to you alone, how could I? Don’t look at me like that … oh well, I suppose I could. Yes, and it wouldn’t have been alone, I know, not if I was with you. But what would have been the good?”

“You mean,” said Lucy rather faintly, “that it would have turned out all right—somehow? But how? Please, Aslan! Am I not to know?”
“To know what would have happened, child?” said Aslan. “No. Nobody is ever told that.”
“Oh dear,” said Lucy.
“But anyone can find out what will happen,” said Aslan. “If you go back to the others now, and wake them up; and tell them you have seen me again; and that you must all get up at once and follow me—what will happen? There is only one way of finding out.”
“Do you mean that is what you want me to do?” gasped Lucy.
“Yes, little one,” said Aslan.
“Will the others see you too?” asked Lucy.
“Certainly not at first,” said Aslan. “Later on, it depends.”
“But they won’t believe me!” said Lucy.
“It doesn’t matter,” said Aslan.
“Oh dear, oh dear,” said Lucy. “And I was so pleased at finding you again. And I thought you’d let me stay. And I thought you’d come roaring in and frighten all the enemies away—like last time. And now everything is going to be horrid.”

“It is hard for you, little one,” said Aslan. “But things never happen the same way twice. It has been hard for us all in Narnia before now.”

Lucy buried her head in his mane to hide from his face. But there must have been magic in his mane. She could feel lion-strength going into her. Quite suddenly she sat up.

“I’m sorry, Aslan,” she said. “I’m ready now.”
“Now you are a lioness,” said Aslan. “And now all Narnia will be renewed. But come. We have no time to lose.”
He got up and walked with stately, noiseless paces back to the belt of dancing trees through which she had just come: and Lucy went with him, laying a rather tremulous hand on his mane. The trees parted to let them through and for one second assumed their human forms completely. Lucy had a glimpse of tall and lovely wood-gods and wood-goddesses all bowing to the Lion; next moment they were trees again, but still bowing, with such graceful sweeps of branch and trunk that their bowing was itself a kind of dance.

“Now, child,” said Aslan, when they had left the trees behind them, “I will wait here. Go and wake the others and tell them to follow. If they will not, then you at least must follow me alone.”